International Women’s Day: Who inspires the team at WorkBuzz? #BreakTheBias 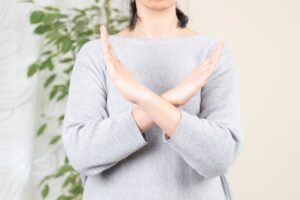 Did you know that Inspirational Women’s Day (IWD) is the biggest employee engagement day of the year?

In 2022, the theme is #BreakTheBias. Can you imagine a gender equal world? A world free of bias, stereotypes, and discrimination? A world that is diverse, equitable, and inclusive. A world where difference is valued and celebrated. This is the aim of IWD – to bring people together to forge women’s equality, and collectively break the bias.

In the spirit of International Women’s Day, we thought it would be nice idea to ask some of our WorkBuzzers which women they find inspirational…

“Mine would be Viola Davis. She’s just got such amazing presence on film and TV. Her energy when she performs makes me feel empowered as a woman and she’s just a queen. Not only just acting though, she uses her social media presence for good to identify problems and challenges in society which I think is so important when you have the attention of millions of people 😊.” – Sasha

“My wife Charlotte. Aged 17, she was on a life support machine in hospital with a 50/50 chance of pulling through. Thankfully she did, and whilst recovering for many months in hospital, because of the care she’d received, she decided to train and become a nurse. In fact, one of the nurses caring for her ended up becoming her tutor/mentor.

She now heads up the Stoma Care team for the local trust, and many of those they care for are very ill with various stages of cancer. When she was critically ill herself and recovering, she also had a stoma fitted, which was eventually reversed, but still suffers daily with Crohn’s disease… but like many nurses, in her own words, she just gets on with it!

She has juggled the health issues, training into a new career and career growth, whilst also bringing up a young family, at times as a single mum.

What she had to deal with and deals with daily in her own health and the care of others, certainly puts life into perspective. I’m eternally lucky to have her as my life partner, my rock, and my inspiration.” – John

“One of mine is Katie Piper who had acid thrown in her face. She used a terrible experience with great courage to become an ambassador for Women’s Aid by raising awareness.” – Carol

“I have two. Firstly my marketing tutor at college – Rupi Dhillon – she had a lot going on and was juggling multiple jobs and family commitments but still went above and beyond to make me to pursue a career in a marketing and took the time to coach me for my first proper job interview (even though she knew me getting the job would mean I’d be dropping out of college, which technically I don’t think she should have encouraged!)

Secondly, Laura Trott/Kenny! Like most Brits, I became a little obsessed with her during the 2012 Olympics. When she competed in the postponed 2020 Olympics and won gold again after taking time out to have her son (at a similar time I was returning to work after having my little boy!), it really highlighted for me that having a child doesn’t mean you can’t still pursue your dreams and personal goals – although my personal goals aren’t quite at the same level as winning gold medals at the Olympics!” – Rebecca

“I have always found Gabby Logan so inspirational. Growing up watching and playing lots of sport, I found that it was always dominated by male sport presenters, and I used to love seeing her presenting the likes of the Six Nations – doing it for the girls! She is one of the main reasons why I chose to study journalism at university 😊.” – Katy

“I’m going to call out two inspiring women who have made such a big impact on my life in recent years.

The first is Brene Brown. I came across her TED talk at a conference on the power of vulnerability and since then, I have read all of her books and recommend them for anyone as a parent, leader and human being. She is a shame researcher and is now a New York Times Bestseller with podcasts and all sorts to immerse yourself in. She is inspiring because she has the amazing ability to connect with people through her own stories – everything she talks about is so relatable. Her latest book ‘Atlas of the Heart’ helps us to explore the way we name the emotions we experience in life to better work through them ourselves and with other people in our lives. It is ground-breaking work and begins to pave a path on how we can make the world a better, more inclusive place through our ability to understand what is happening for us, those around us and see the world with more compassionate eyes. Super powerful stuff!

The second person for me is Glennon Doyle who I heard of through my best friend on the back of a conversation around Brene Brown. I listened to her podcast in the car and immediately bought her book ‘Untamed’. All I can say is WOW. This book has literally rocked my world – it’s a book like no other I’ve read, made up of life experiences but it has challenged me to think about my life in a whole new way. I now am an avid fan of her podcasts and again, what I love is that she challenges my thinking in so many ways and feel I am becoming a better person because of it.

Both women are using their passion and reach to do amazing good in the world as well. Together Rising is a foundation that they have set up to take action to countries/groups that need it the most. In only a few days – through their global reach – they have raised over a $1 million for Ukraine and are administering this through charities on the ground who they know will deliver impact for families. Inspiring women, sharing their stories, challenging thinking, changing the world.” – Dawn

“My one is most definitely Jameela Jamil! I’ve always admired her for her professional work, but most recently her activism against systematic failures and racism/sexism has been the most inspirational thing for me! 😊” – Nicole

“I have two for you. Mayim Bialik – a great actress, yes, but also has a PhD in neuroscience and is using her fame to actively encourage girls and women into science, technology, engineering, and mathematics.

Lyse Doucett – shows compassion and empathy when reporting from really difficult areas, and her work to bring an understanding of the plight of women and children in war-torn areas helps to garner a greater appreciation and understanding of the human costs of war.” – Natalie

From Rosa Parks to Marilyn Monroe, Oprah Winfrey, and Billie Jean King, there are so many inspirational women that we could name who have, and who are, breaking through barriers, giving people courage, and changing the world by helping to create a society where equality duly prevails.

In the employment space, IWD provides a significant and important moment for organisations to:

Although the focus on women’s advancement should not begin nor end with just one day, IWD is a pillar for progress and change for many leaders, employees, customers, students, and beyond worldwide who seek to live in a place where women are treated equally, enjoy opportunities of leadership, can be safe, healthy, and economically advantaged, and receive equal rights, opportunities, and access.

You can learn more about International Women’s Day and this year’s theme of #BreakTheBias on the IWD website. There is also a great library of articles with the aim to forge inclusive work cultures where women’s careers thrive, and their achievements are celebrated.

Who We Are
Careers
Security
Confidentiality Promise
5 Star Employer Award